Me and Minon have participated a CACIB show at České Budějovice (CZE). The poodles were judged by Ms. Taťjana Novotná (CZE). Minion was entered for the second time in a youth class.

She was moving nicely, winning the class with Ex. 1 and CAJC, having no competitors furthers, she has also won BOJ and BOB. I’m just proud of her. Exactly the same day, but five years ago, Minion’s dad Charlie won his first CACIB and BOB on the same show. 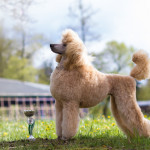 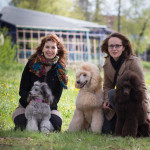 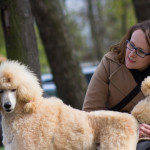 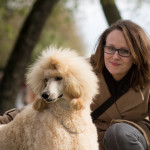 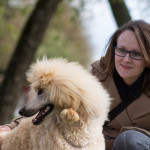 We have lots of nice videos from Hana Kašparová from Banzette kennel.

Video from the class:

Video from the afternoon poodle fun with Ruddie and Chassis.

We had a nice day spent in a nice companion.